Virtual and Augmented Reality – differences, similarities and how to use them in e-commerce?

Virtual and Augmented Reality are technologies that have become impossible to ignore. But what are they and how are they different? What trends should marketers be aware of and how can they integrate them with their e-commerce activities? Let’s take a look at these questions and dive into the world of possibilities created by VR and AR! 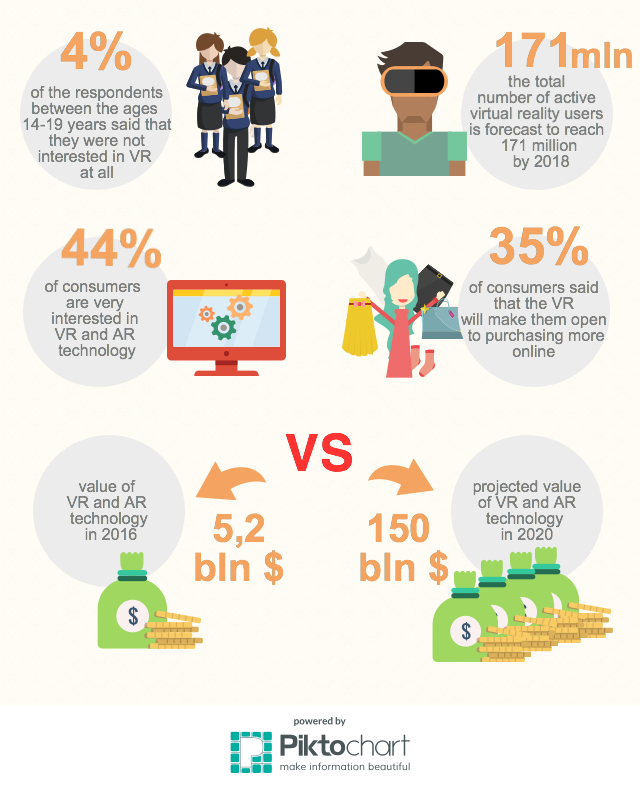 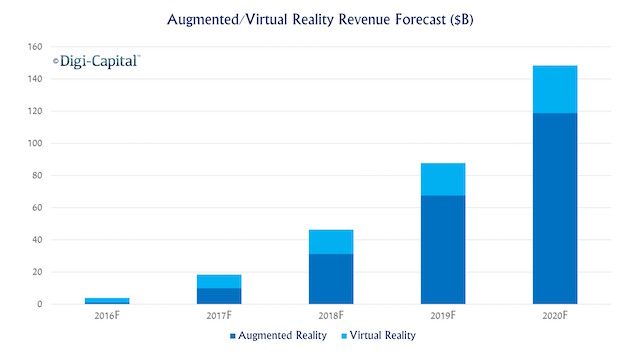 Virtual and Augmented Reality - are they the same thing?

Virtual and Augmented Realities are often mixed up and mistaken for each other. To be fair, the line between them is sometimes hard to draw. Broadly speaking, they are quite similar since they both let us use virtual reality in everyday life. But looking at them more closely reveals more about what they offer, how they differ and how we shouldn’t really think in terms of which one is better than the other.

Jaron Lenier is generally credited as being the creator of definition “Virtual Reality”. Along with Steven Bryson, he defined VR like this; It’s a way of using computer technology to create interactive effects, a three-dimensional world, where objects give the impression of taking up space and presence.

The Virtual Reality era started in 2010 when teenager Palmer Luckey created the first prototype for a VR headset. It created the sensation of virtual reality by simulating two senses: with audio and visual representations of a different reality. The biggest players in the VR market today are Samsung, with their Gear VR, Facebook with their Oculus and the HTC Vive.

This is a system that connects the real world (usually in the form of images taken by a camera) with a digitally generated image and often has the purpose of offering enhanced interactions with a given product. New and clever ways of deploying Augmented Reality constantly amaze us with the possibilities it offers. From business cards that turn into a product catalog to phenomenons like Pokemon Go and holograms that we can step into. There’s an enormous range of uses for AR. Another sign of AR’s future potential can be seen in the acquisitions made by big online players, like Snapchat’s purchase of Israeli AR startup Cimagine for $40 million.

Here’s the bottom line on the fundamental difference between VR and AR; whereas VR replaces the real world with a virtual one, AR adds digital elements to our surroundings. The goal of both technologies is to enhance the user experience and take interactions to a new level. They’re also both well-suited to educational applications as well as entertainment, which by extension makes them interesting for marketers. In particular, there are many signs that both VR and AR will change the way we shop online.

One of the first areas to fully embrace the possibilities of VR was entertainment, especially video games. Players can step into virtual worlds and become immersed like never before with a VR headset.

More and more of us are taking advantage of the ability to buy more of what we want and need online. The savings of time and money have converted even the most tech-shy shoppers and the trend will only continue to grow.

Just imagine taking a virtual trip to a supermarket and browsing through every aisle. Can’t find what you’re looking for? Ask the virtual assistant and get transported to exactly where you want to be. If you run an online store, better keep an eye on this trend - huge changes could be coming your way.

The coming revolution can also be seen in recent advances from Alibaba, the Chinese e-commerce titan. The video shows that we are approaching a new and previously unknown level of interaction with merchandise.

The entire process and experience of online shopping could be changed like never before. Online stores featuring clothes in particular should keep their fingers on the pulse of this trend.

Can you go on your honeymoon, still wearing a dress or suit, just minutes after the wedding? Everything is possible with VR and the Marriott chain of hotels reminds us of this with their video:

What possibilities does this open for e-commerce? Perhaps travel sites can tempt visitors with virtual trips to featured destinations? What better way to decide where to go than to see it up close first?

There are lots more possibilities created by VR technology in e-commerce. New amazing applications appear all the time and that’s why I recommend following pages like
Appreal-VR and Mbryonic to be among the first to know what’s new!

FX Mirror is a great example of how AR can be put to work. In this virtual dressing room, each piece of clothing is realistically presented, adapted to the user’s measurements and moves naturally along with her.

It’s easy to change items and colours and see if looks great on you. The application stores your click history and can take users directly to the site where items can be purchased. There’s no better way to convince shoppers that something will look great on them than by showing them!

Here’s how an installed virtual mirror works in a shopping mall. It definitely gets attention and that can turn into satisfied customers.

Want to know what a piece of furniture might look like in your home before buying it? Once again, technology can be just what we need to help customers make the final decision to make a purchase.

Making AR applications available to online customers encourages them to take a closer look at products and experiment with how things might look in their home or office. From there, it’s just a short step to making the sale!

Even reading things like fashion magazines can be transformed with AR. It can make it easier to purchase products that we’re interested in without having to find a company’s online site.

VR and AR are constantly being applied to new contexts and creating new solutions. These uses in e-commerce are a great point of entry for anyone curious about this new world and it’s easy to see how the technologies can be applied to other fields. We can expect VR and AR applications to appear in medicine, architecture, project management, cultural institutions and entertainment like never before. We can’t wait to see what comes next!

Simplifying the checkout process on your e-commerce site